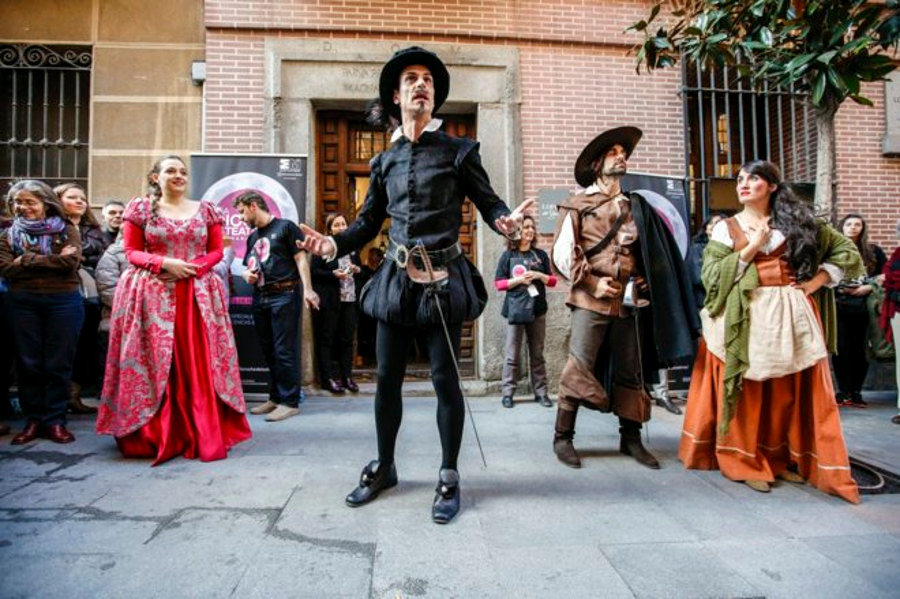 This month, the celebration of the 400th anniversary of the death of Miguel de Cervantes reaches its climax. Between 15 and 30 April, Friday to Sunday, Madrid will be visited by the characters of Cervantes, who will come to life in different events in the Barrio de las Letras. Theaters, parades, games, exhibitions and activities for children will transform the neighborhood in a magical Renaissance stage.

The activities begin on Friday April 15 at 18: 00h with a set of games across different sites of the neighborhood. But the official opening will be on Saturday 16, at 12: 30h, in front of the Convento de las Trinitarias, where the actor Jose Sacristan will make a speech tribute.

In the following days there will be actors dressed in vintage clothing through the streets and bars of the center. Renaissance music at the Ateneo, Teatro Español and other venues. Street carnivals, workshops for children and other activities where the public can participate in first person, and become for a moment a part of the amazing world of Cervantes.

The Cervantes Festival was organized by the City of Madrid (area of culture and sports) with the collaboration of neighborhood associations of the districts Centro and Barrio de las Letras. View PDF playbill (in Spanish). Remember that can consult the full program on the website of the Madrid’s City Hall (also in Spanish).

Saturday, 23 April, is the day that marks the 400 years of the death of Cervantes and when the International Book Day is celebrated. To end the festival in a memorable way, there will be a funeral procession at 20: 30h by Huertas and Lope de Vega streets, departing from the Teatro Español, to the Convento de las Trinitarias, where Miguel de Cervantes is buried.