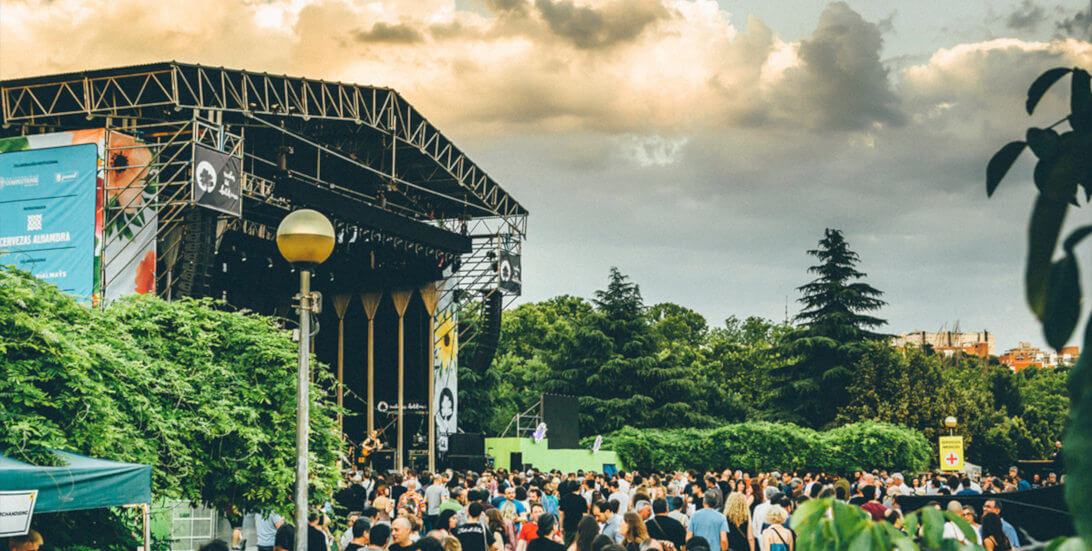 Enjoy the Noches del Botánico during the summer in Madrid. A program with legendary artists of different styles performing in the Royal Botanical Garden (Real Jardín Botánico) Alfonso XIII located on campus in Madrid (Moncloa district).

We’ll have from 20 June to 31 July a unique and exquisite selection of national and international artists who will mix styles and generations of quality music, such as jazz, Latin music, Brazilian music, electronic, rock, pop and a style that could not be missed: flamenco. All of it in an event called Noches del Botanico (Nights of the Botanical), where the invited artists will have the opportunity to delight us with their successes and new works. This new concert series is creating the highest of expectations among music lovers. The Royal Garden also has prepared some services (different cuisine) and infrastructure (a small market inside) for the arrival of the Noches del Botanico.

Noches del Botanico was born from an agreement between the Complutense University of Madrid and the city, with the main intention of promoting the development of cultural activities. It also includes an interaction with their summer courses. It is also the result of the valuable and great collaboration of Planet Events, Icon Music and Julio Martí (promoter), three renowned professionals, who have led this great music experience air free to other levels as Madgarden Complujazz and festivals.

The show will start every night from 8:30 pm and ends at midnight. If you wish to purchase your tickets the day of the event, you can do so through the lockers, provided they are not sold out. Now if you do not want to go through the ordeal of running out buy them tickets in advance through Ticketmaster or www.nochesdelbotanico.com (in Spanish). The prices will not be the same for all concerts, so you must check directly to the each artist’s page and search the concert you want to attend to know its price or even go to the tickets office at the venue.

It is important to remember that the event will have two possible audience configurations, that will be stands and concert floor or bleachers and chairs. Remember this when buying your ticket.

To learn more about the artists who will perform, here is a list with their respective show dates.

The chieftains with Carlos Núñez on 25th June

The roots / Tank & The bangas on 5th July 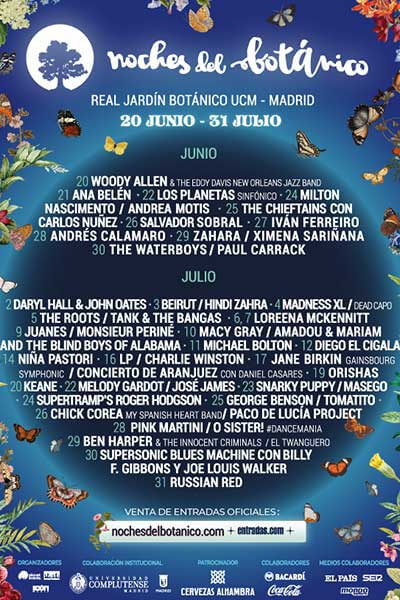 If you love music, you can not miss this wonderful event that the city of Madrid prepared for you. It is really interesting to enjoy the mix of all these rhythms and styles.

Important: The event will be held at the Botanical Garden of Moncloa. Not to be confused with the botanical garden of the Plaza de Murillo 2, in the center of Madrid. To get to the event, the best option is by public transport. Metro Ciudad Universitaria, line 6. Bus lines: 82, 132, G, N20, U.