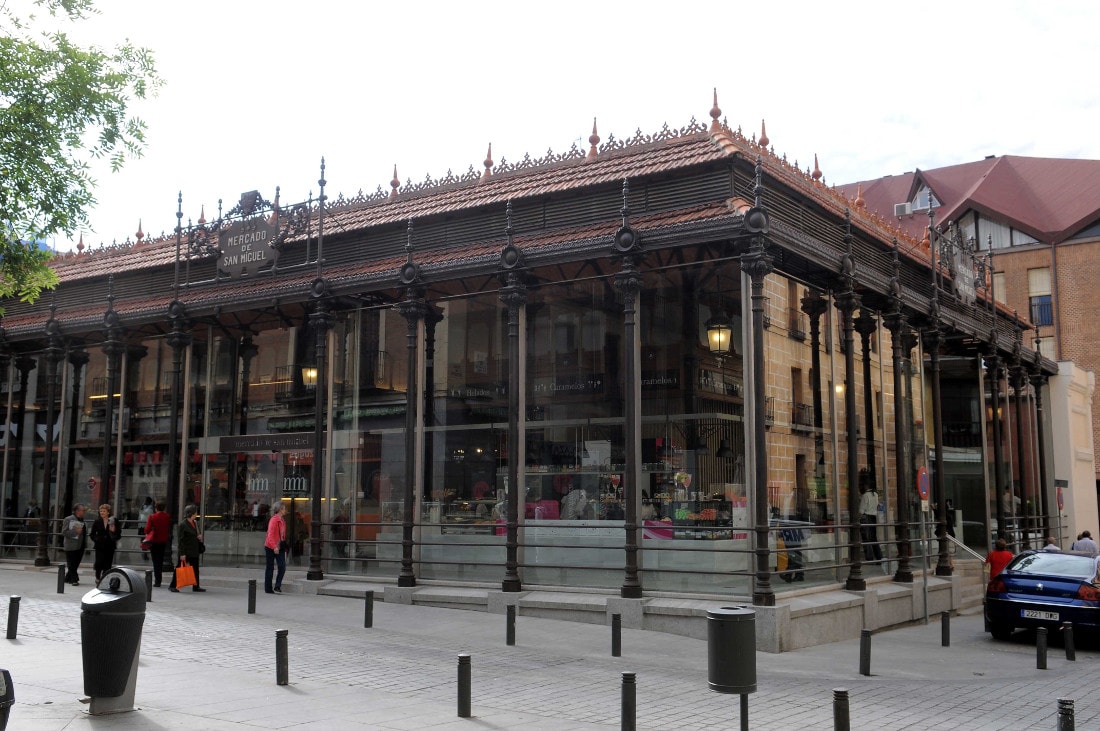 The Mercado de San Miguel is probably the most popular of market Madrid, as it is located next to the Plaza Mayor, with a large influx of tourists. It was built in 1915 as a food market and worked well for decades. However, over time its economic activity declined, and the building began to deteriorate. Then in 2009 a group of businessmen reformed it in full, transforming it into one of the most important gastronomic centers of Madrid.