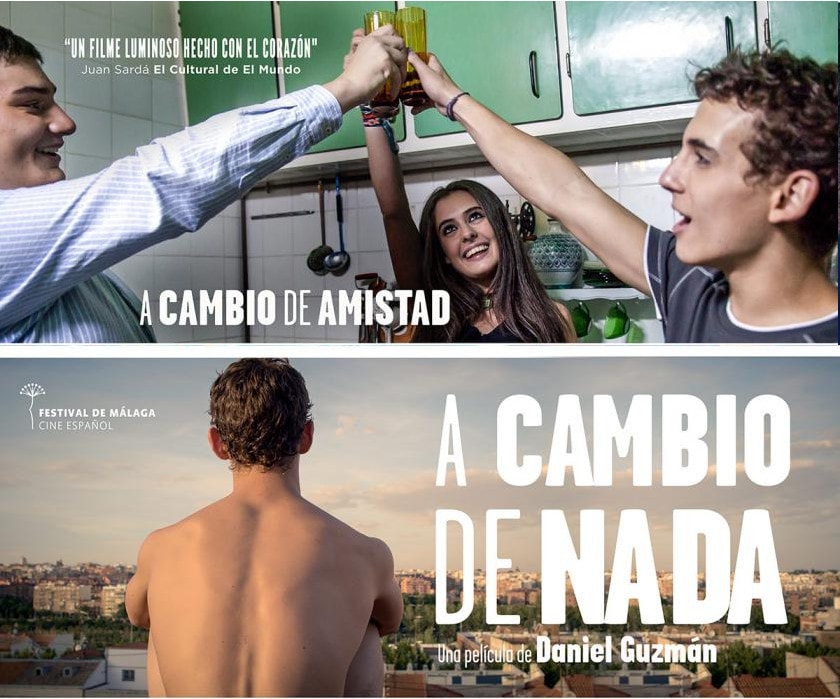 This week, the Cultural Program TANDEM will bring us summer cinema, and take us to watch the film “A Cambio de Nada” (“For nothing, in English”) within the Festival of Open Air Cinema, Fescinal. This festival is being held in the park La Bombilla from July 14 to September 10, with many interesting films.

A Cambio de Nada is a Spanish film directed by Daniel Guzman. It tells the story of two stalwart friends, Dario and Luismi. After the separation of the parents of Dario, they begin an adventure that will change their lives, together with the old offender “Caralimpia” and Antonia, an old lady that makes her living by collecting abandoned furniture. A funny movie about the value of friendship that has been awarded with the Goya for best director (with 6 nominations in total), plus 4 awards at the Malaga Film Festival 2015.

The screening of this film in the Fescinal will give us a unique opportunity to chat with the director and some actors of the film, giving us the possibility to know the perspective of its protagonists.