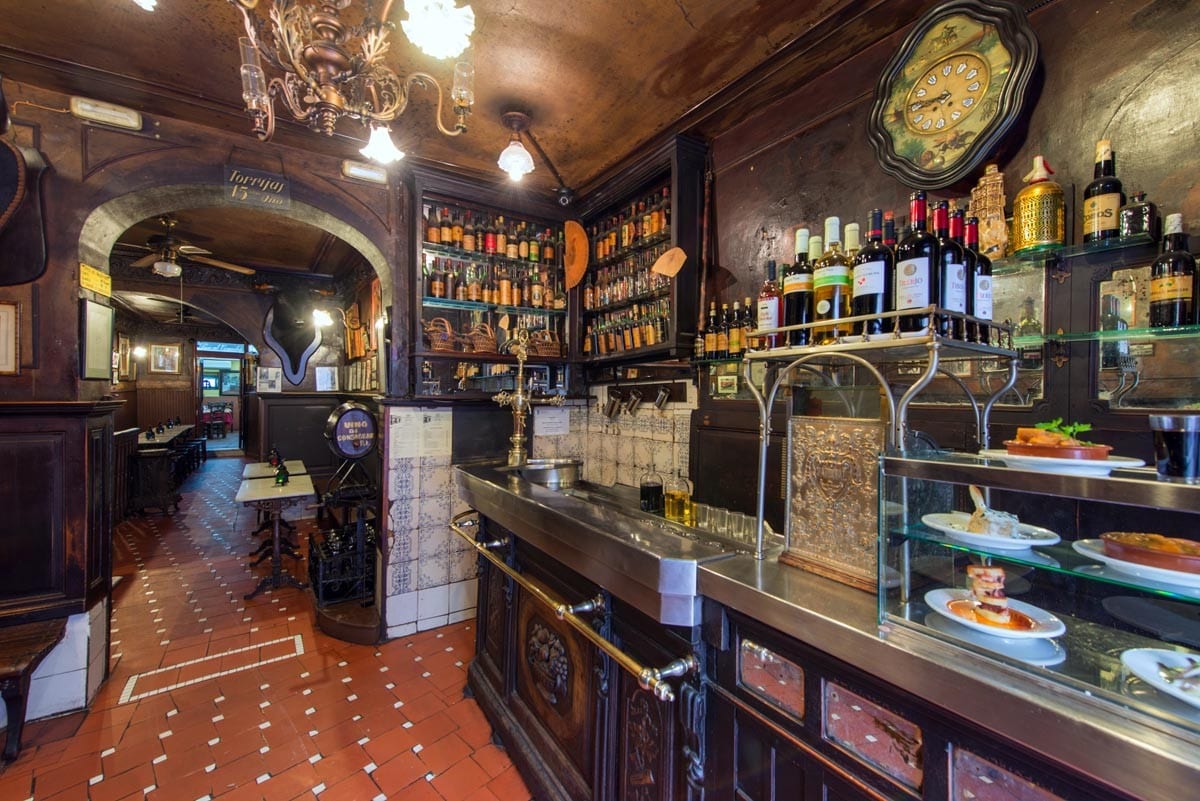 Madrid’s traditionalMadrid is a city with an intense social life in taverns, bars and restaurants, as in most of the country. Since the sixteenth century the capital of Spain moved to Madrid with the court of Philip II, the city began to grow rapidly. The old taverns of the village, which already had importance for the society at that time, acquired increasing prominence. During the following centuries, with the arrival of the Enlightenment in Europe, these premises also acquired an importance for intellectuals, and served as a meeting point for artists, writers, scientists and other characters. In the late nineteenth century and early twentieth century, the taverns of Madrid acquired their golden period, and many of them still exist in the midst of the great diversity of tourist options in the city, some with more than 200 years of existence.

In this cultural program, we’ll discover some of the oldest taverns in Madrid (La Dolores, El Abuelo, La Venencia, Antonio Sánchez, Casa Alberto…) combining history with pleasant moments, including tapas and anecdotes. One way to learn the Spanish culture while we relive in first person these venues who witnessed some of the most important figures and moments in the history of Madrid.