Geopolitics refers to the life and history of peoples in relation to the geographical territory they inhabit and the economic and political factors which shape them. All these elements mix and form a perspective, a place from where to look and unite the origins, the basis and characteristics of the present-day Spain.

The history of Spain is exciting and most of all, wide. We have had visitors of every kind: Iberians, Celts, Tartessians, Punics or Greeks, until we arrive to the so often studied Romans, to whom we owe our language, law, and religion.

Modern world can’t be understood without Spanish history. Spain is a small territory in the western extreme of Europe which has had a different history than the other countries of the continent for many reasons,  In this section, we will explain to you why and how the decisions that determine our current position in the world have been carried out.

We will use the logbook as the image and symbol of this new section. Through its pages, we will be able to make round trips. We will clarify the most complex moments and follow a continuum along the years, which will help us to get to know Spain as a whole. We will deal with the main political milestones of the Spanish scenario, the events that marked a before an after in the State formation, and the internal territorial divisions and frontiers issues since the Middle Ages to the current Estado autonómico. [Spain is divided into several regions called Comunidades Autónomas]. We will see the main issues concerning the Spanish people today and set the framework of Spanish people’s reality. We will have another entry point to our way of “being” in the world.

Our aim remains the same: to create bridges and paths towards our culture. Social sciences are sources of knowledge constantly renewed, as it happens in friendship relations. We will ask ourselves new questions which will allow us to understand Spanish culture through new and different ways.

Learning Spanish by looking at a concrete field allows us to develop social thinking abilities, such as: to clarify, to compare, to create hypotheses and to make predictions. Besides, it fosters other abilities belonging to critical thinking, such as: to assess, to develop different opinions, to make decisions, to think of alternative ideas and to solve problems. In the end, it improves the communication process by learning about geopolitics. This helps us to  to understand, to know where we are at and to act in the cultural dimension. Are you ready? 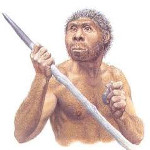